We were approached by Harlequin Design to illuminate the front of Hackett London’s flagship store on Regent Street in London at Christmas in 2016 & 2017.

The idea was to light the 2nd floor so that it stood out from a distance to the rest of the stores along Regent Street.

This was a tricky install as the lights had to be temporary (no fixings allowed on the grade two listed building), the fittings had to be narrow to fit on the ledge, there wasn’t a local power supply and on top of this, they had to be stable and remain in place. The ledge is very exposed and windy, which meant we had to make sure they did not move and were not a danger to any of the public below.

The theme for 2016 was the Northern Lights (aurora borealis) using the colours red, green and blue and for 2017 they wanted blue, white and yellow to match the colours used for the Christmas colours in their window displays.

The time allotted to get the lights installed was from 8pm until 4am the next morning which meant we had to have a team of guys ready to prep the lights, install the cables, connect the fittings, position them in place and test them.

The lights were controlled by using a DMX lighting system and were set on a timer from dusk until dawn.

We used Studio Due RGBW colour changing LED fittings which had to be IP68 to withstand the weather during November through to the end of January.

Even though these were meant for Christmas, Hackett London were so pleased with them they asked if they could stay up through their January Sale. 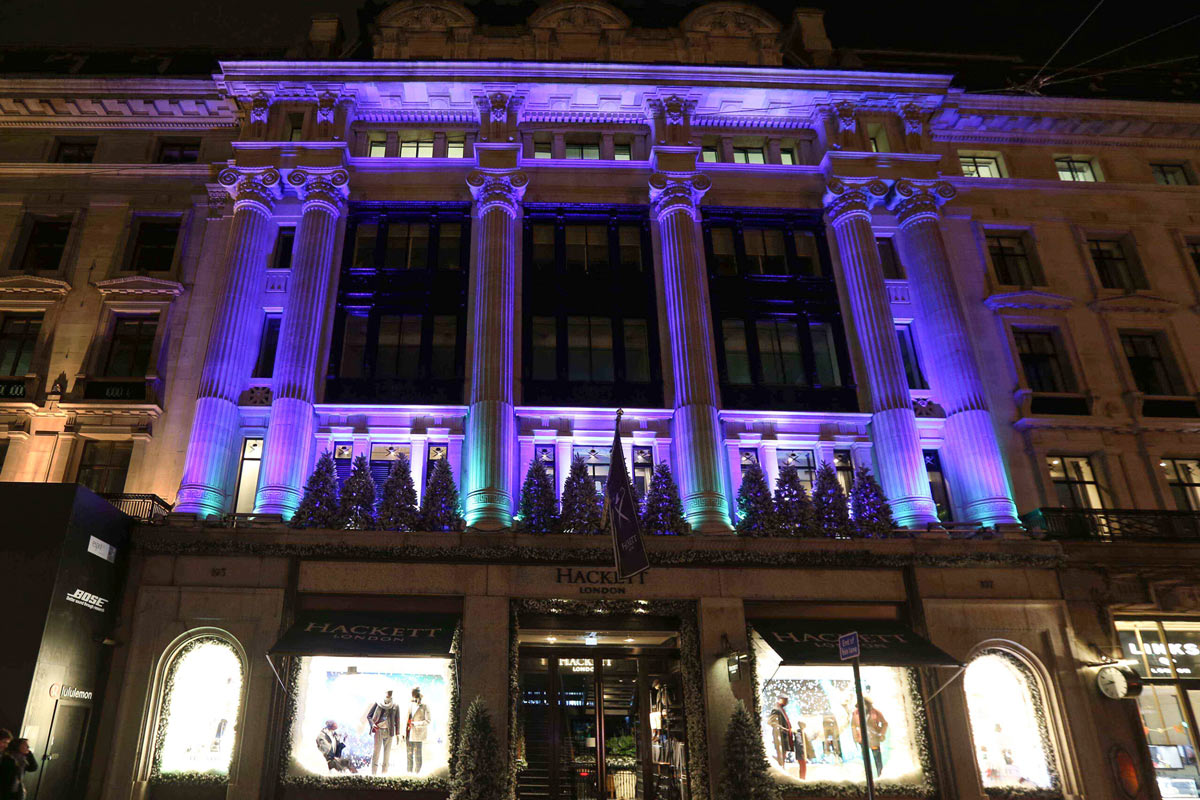 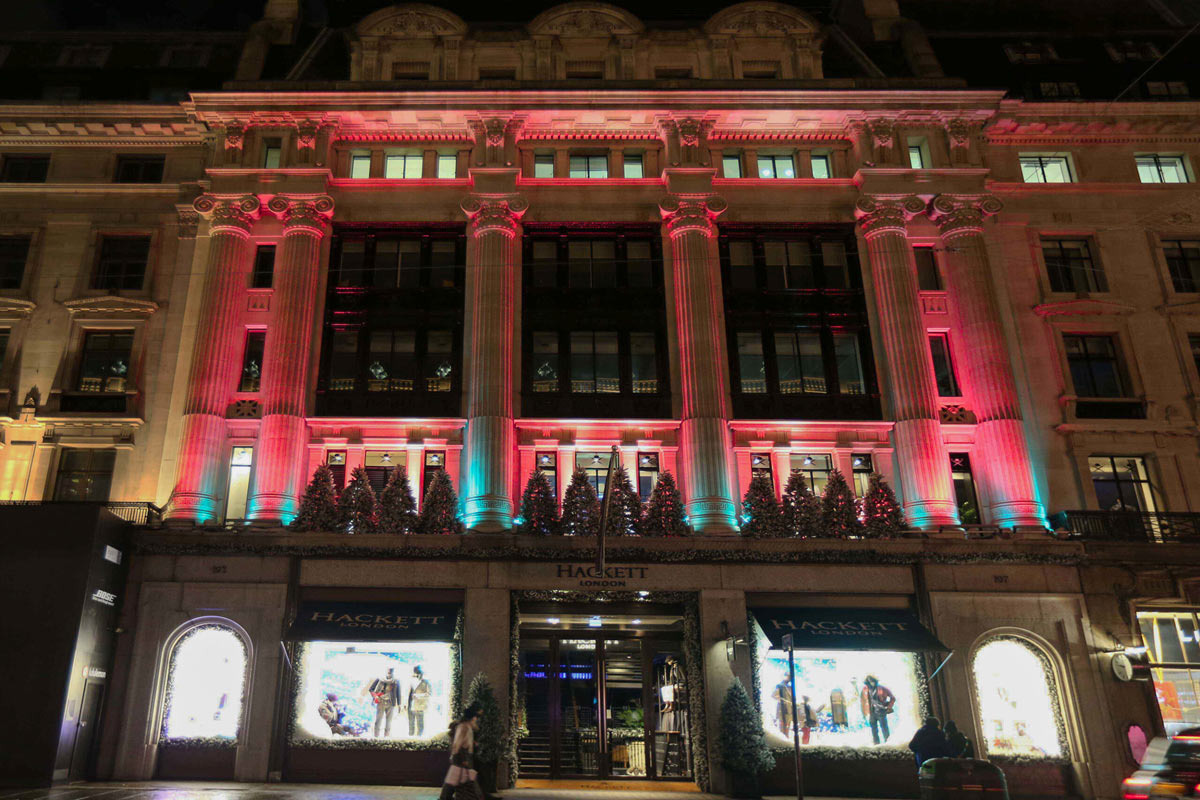 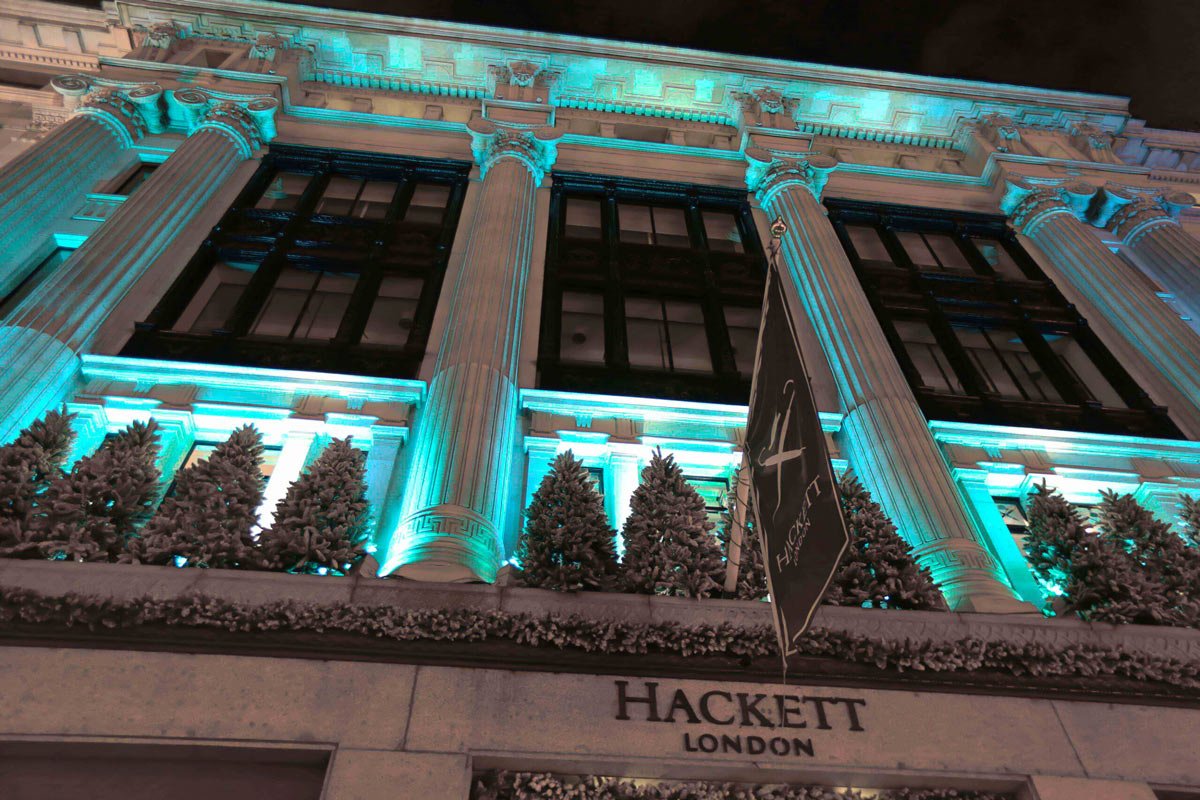 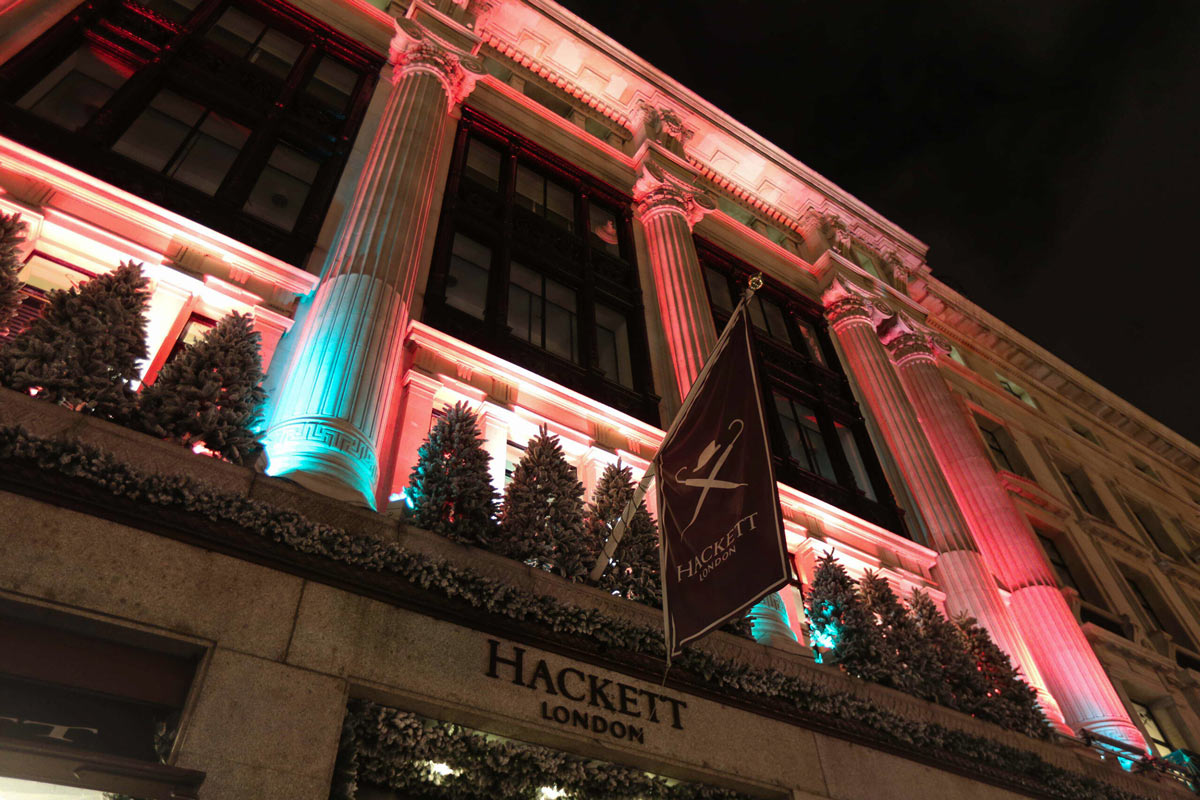 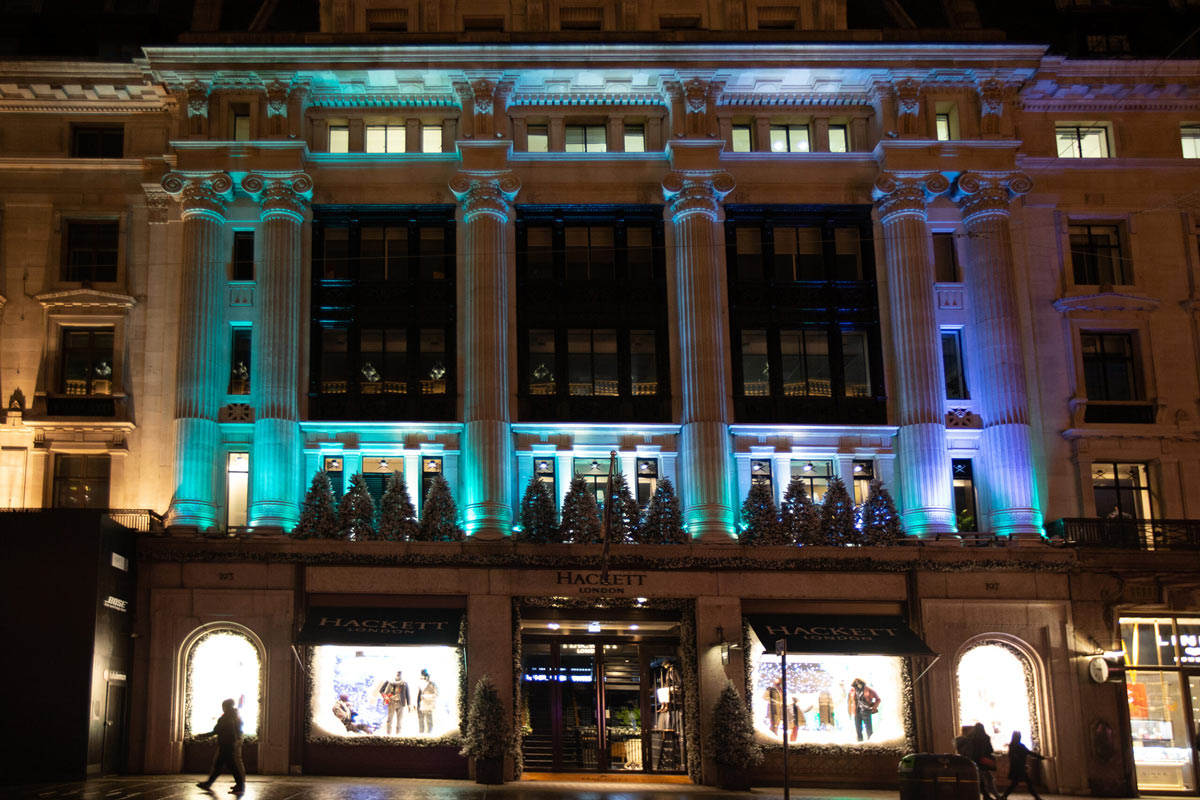 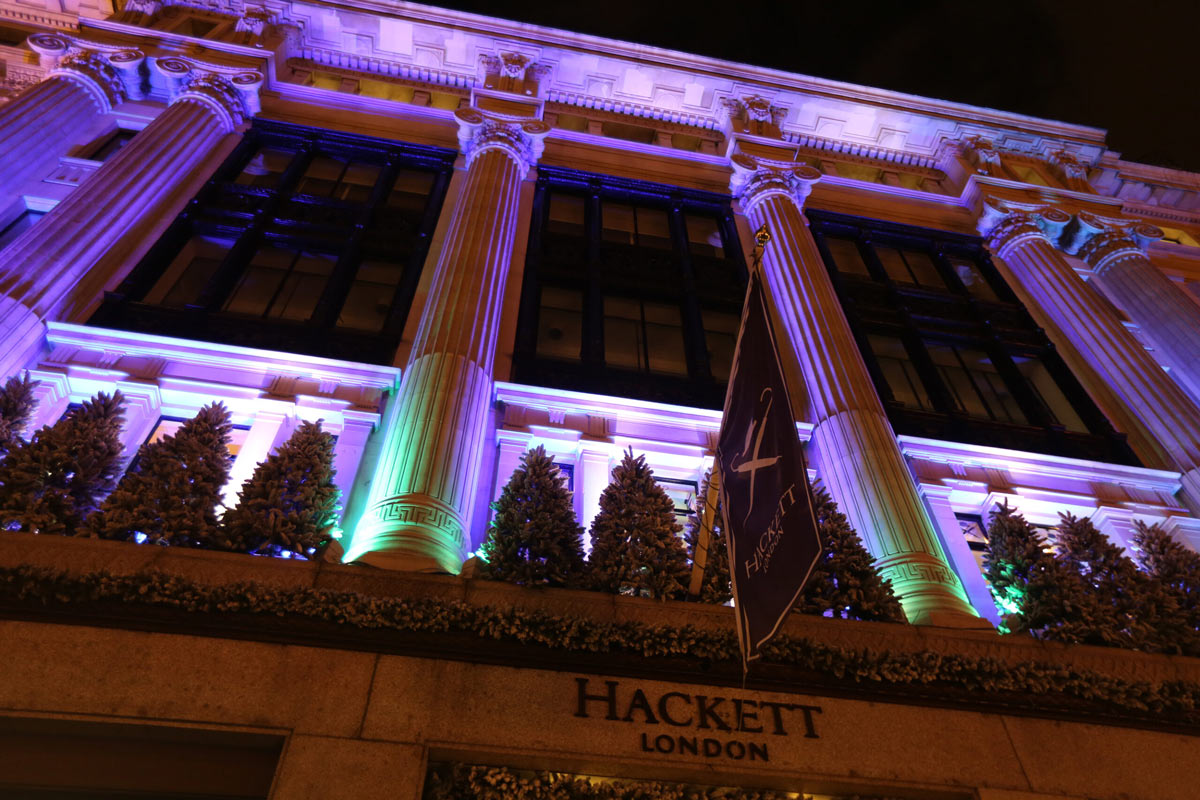 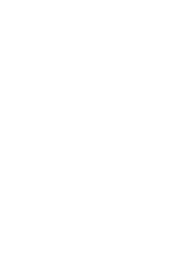